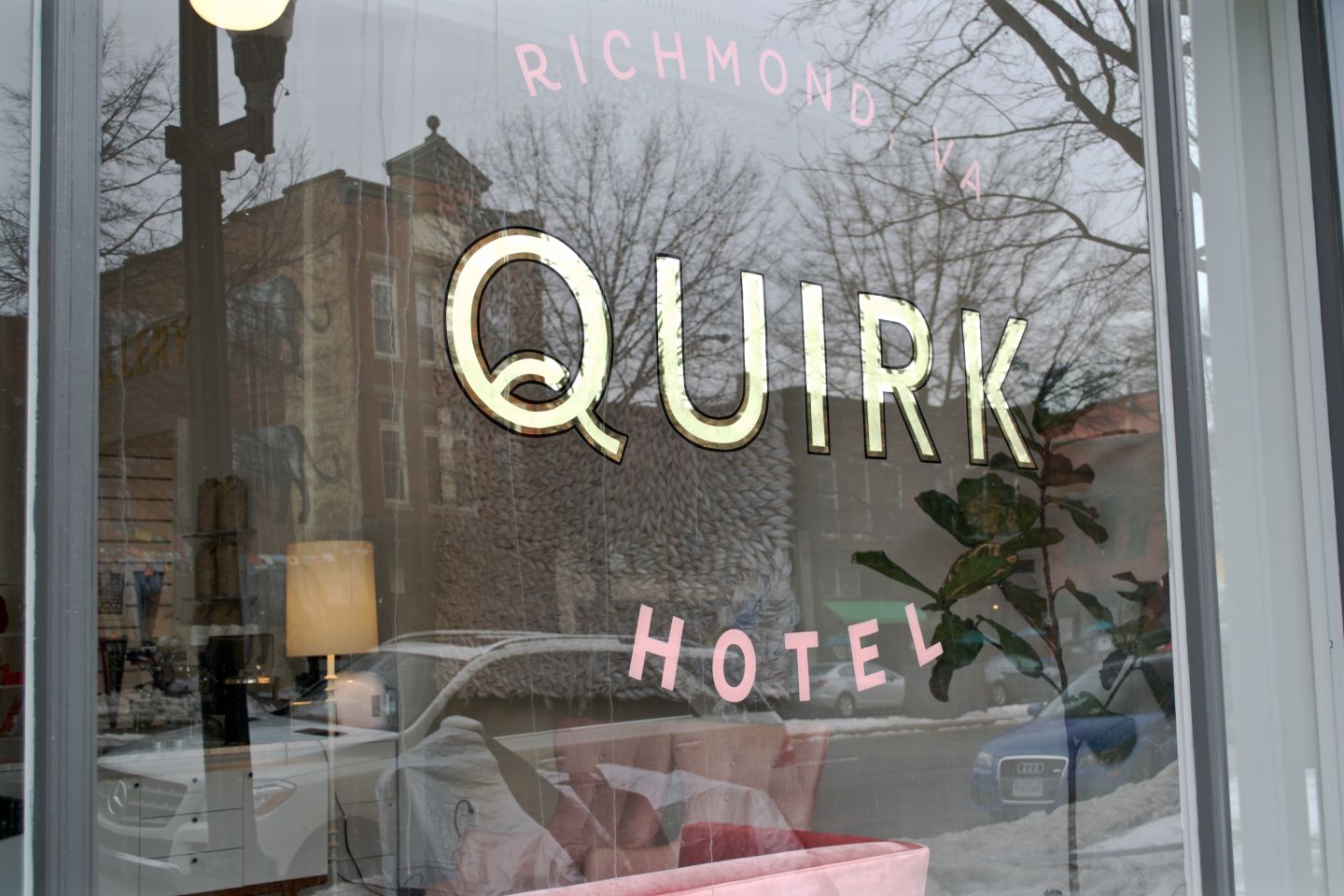 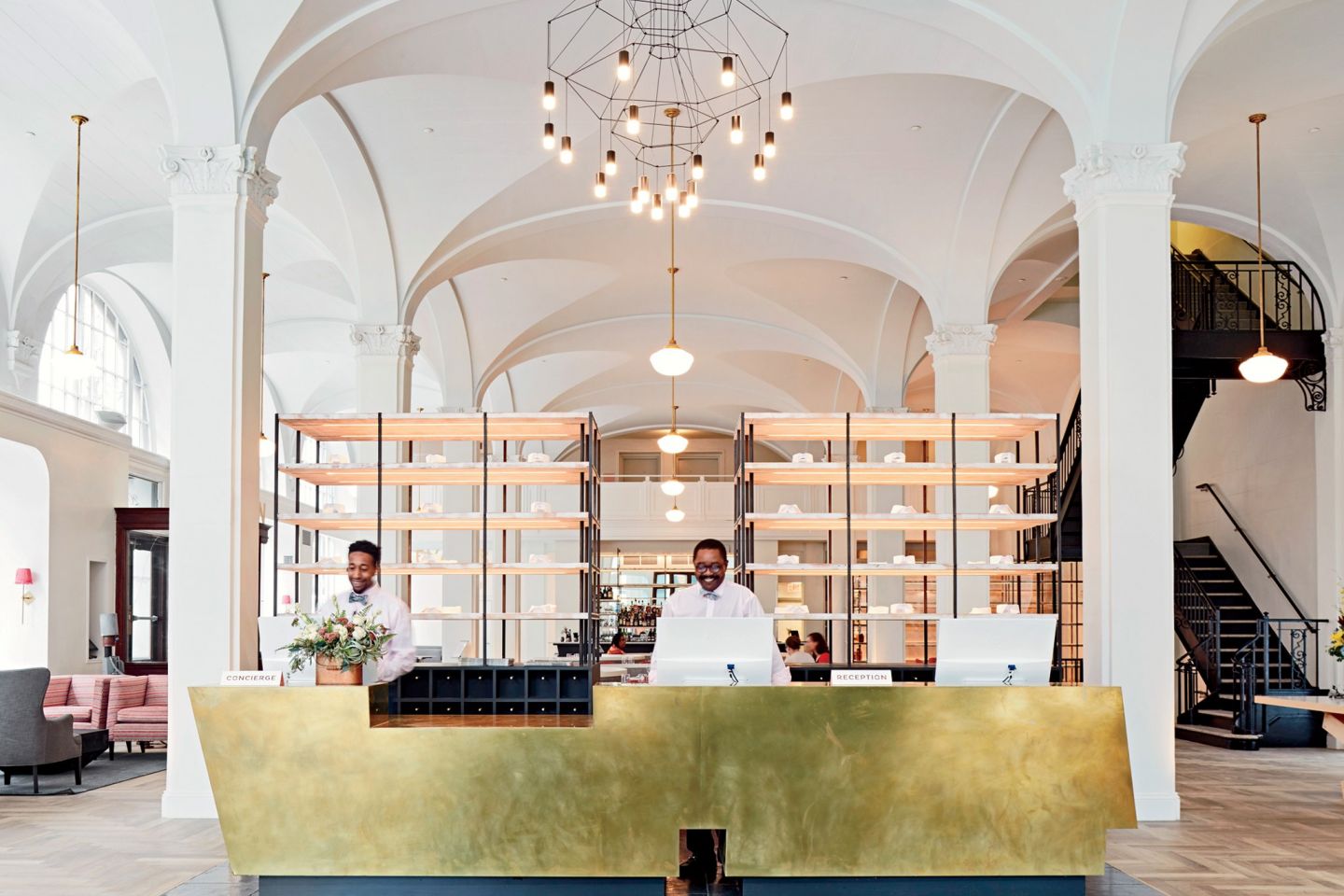 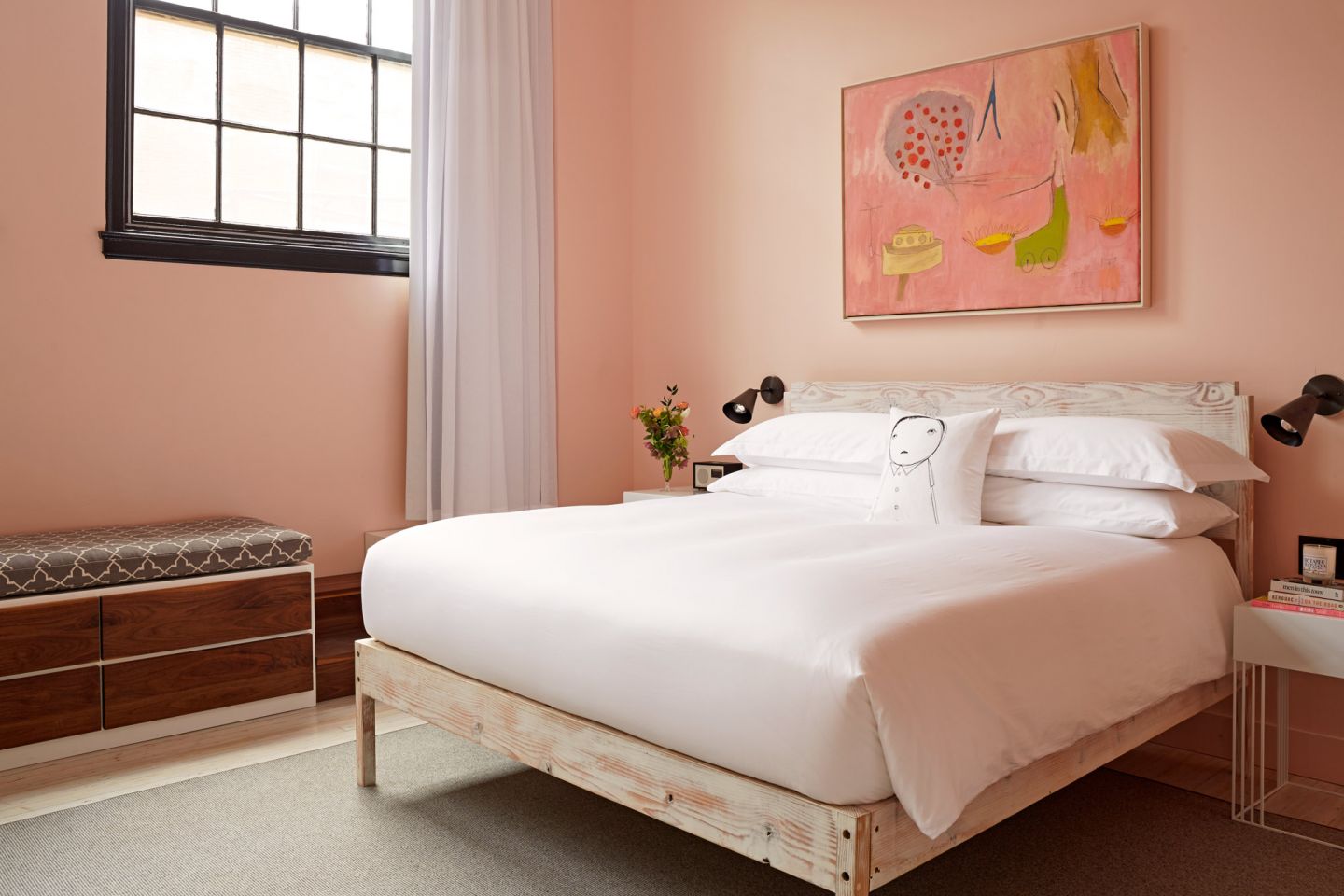 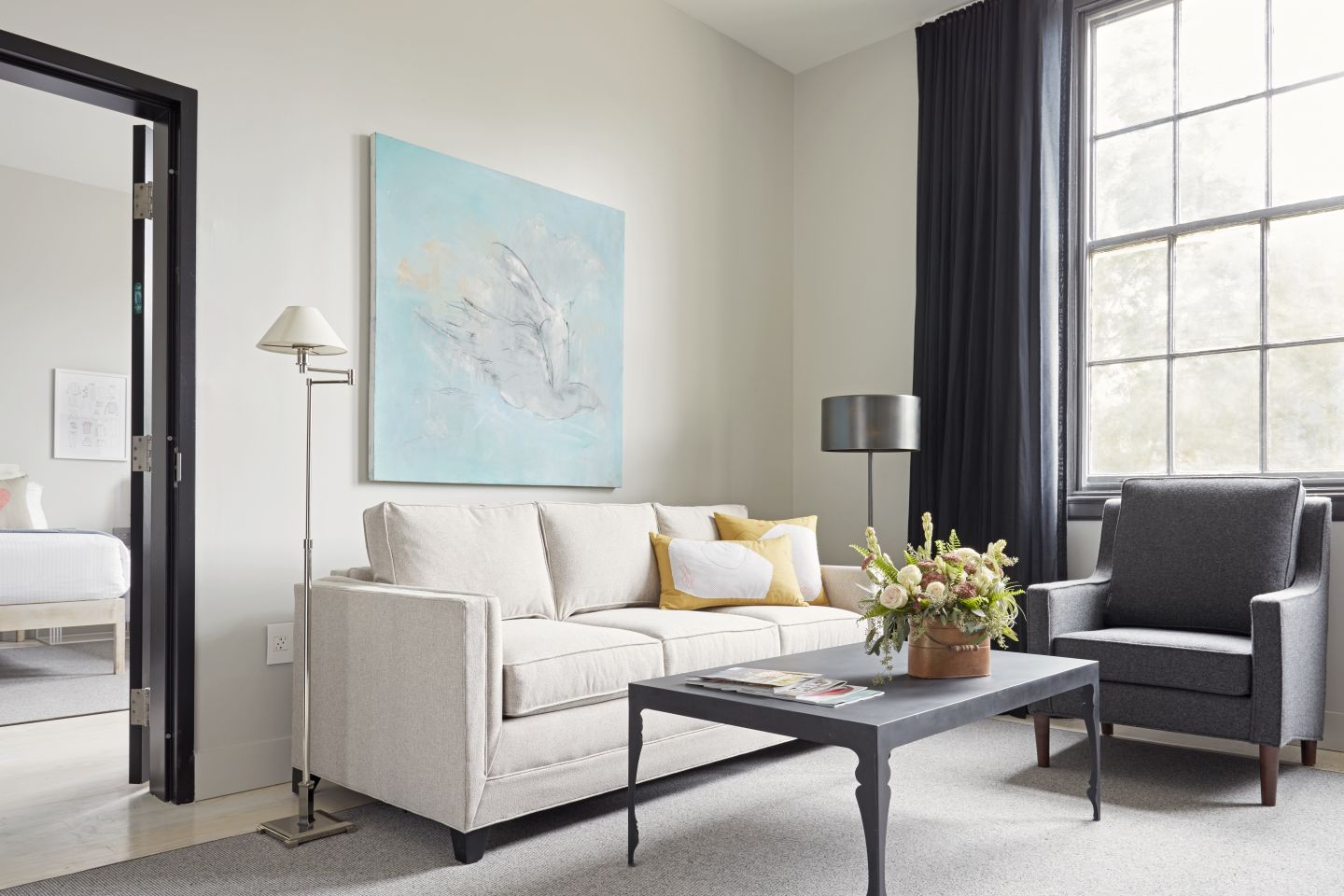 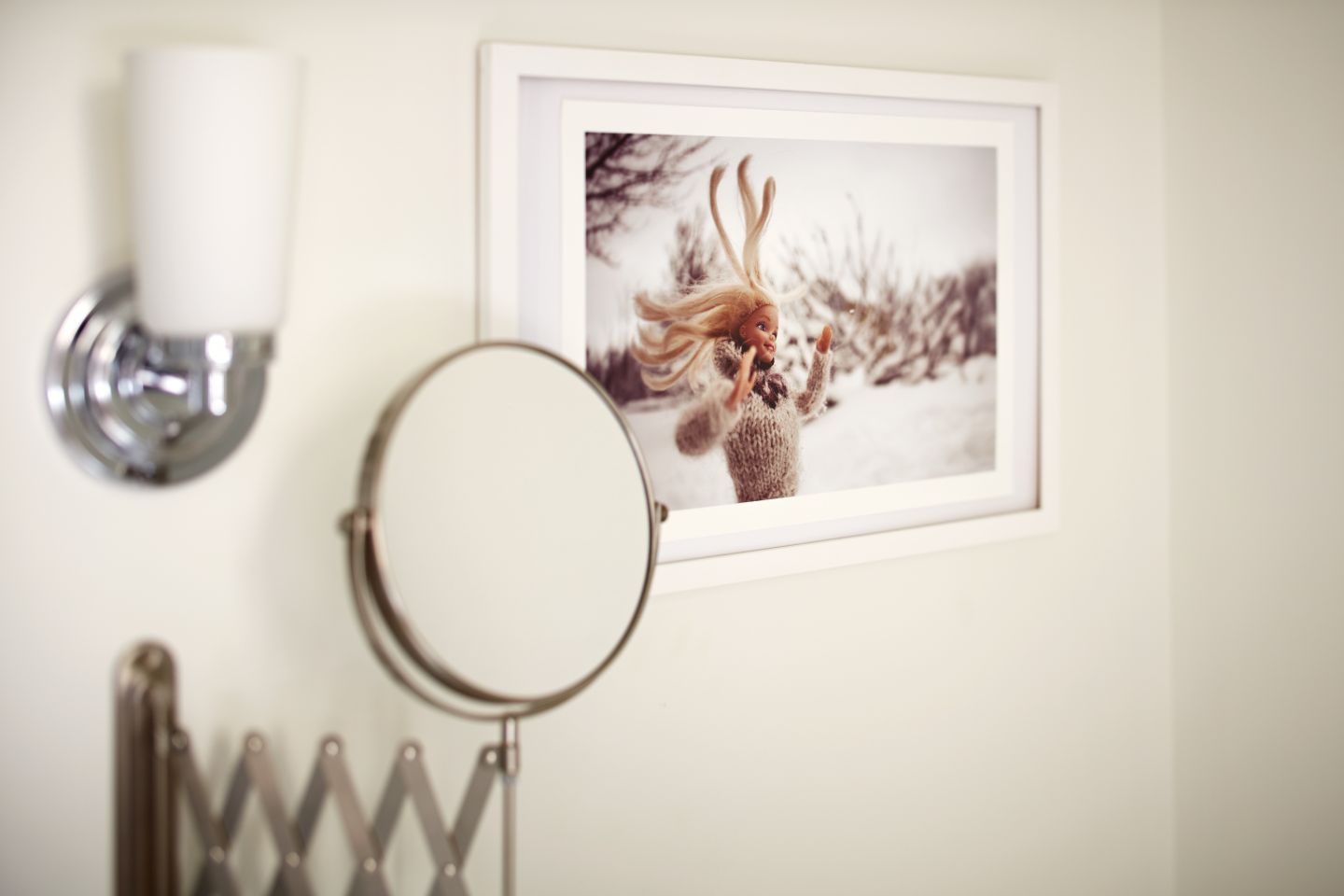 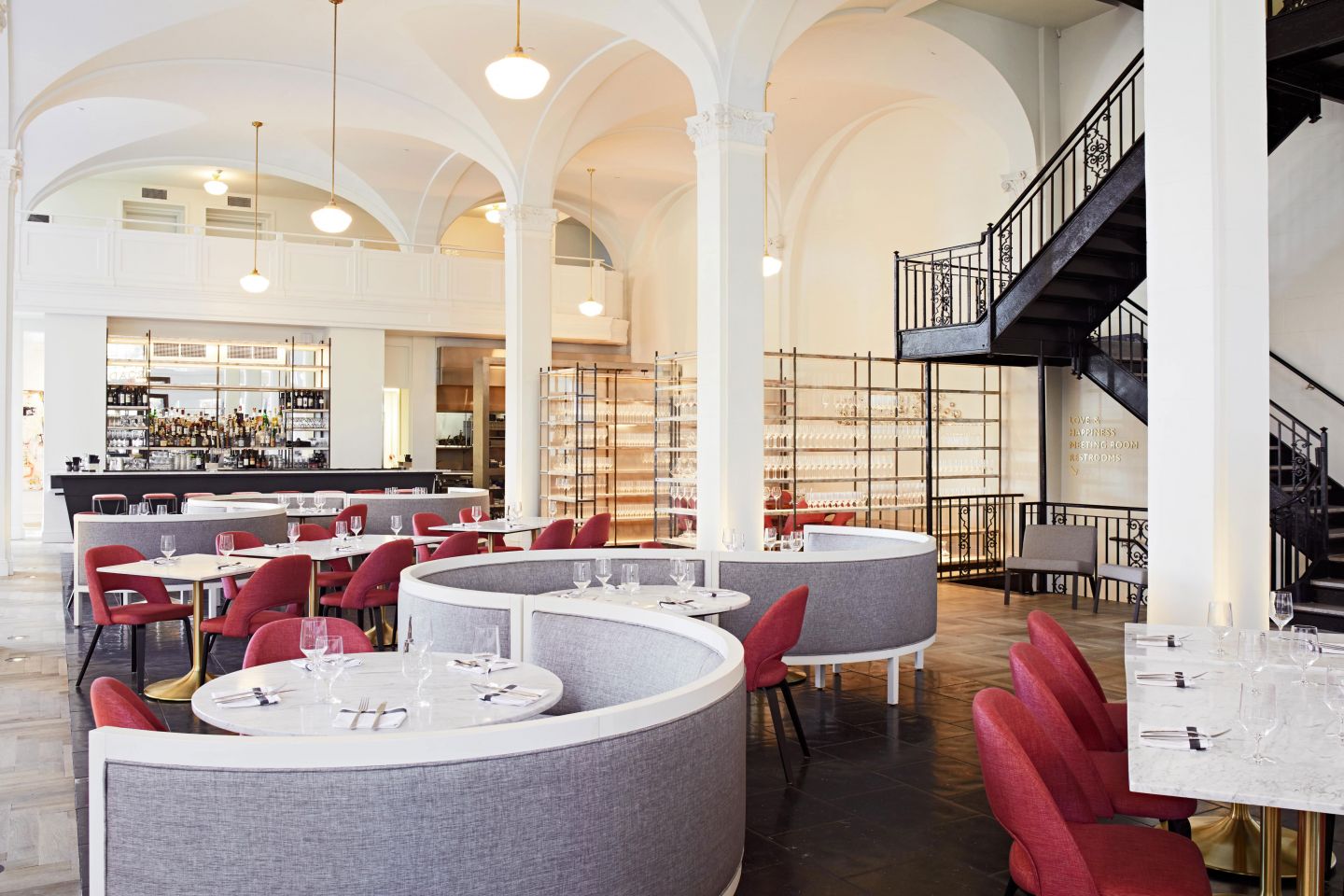 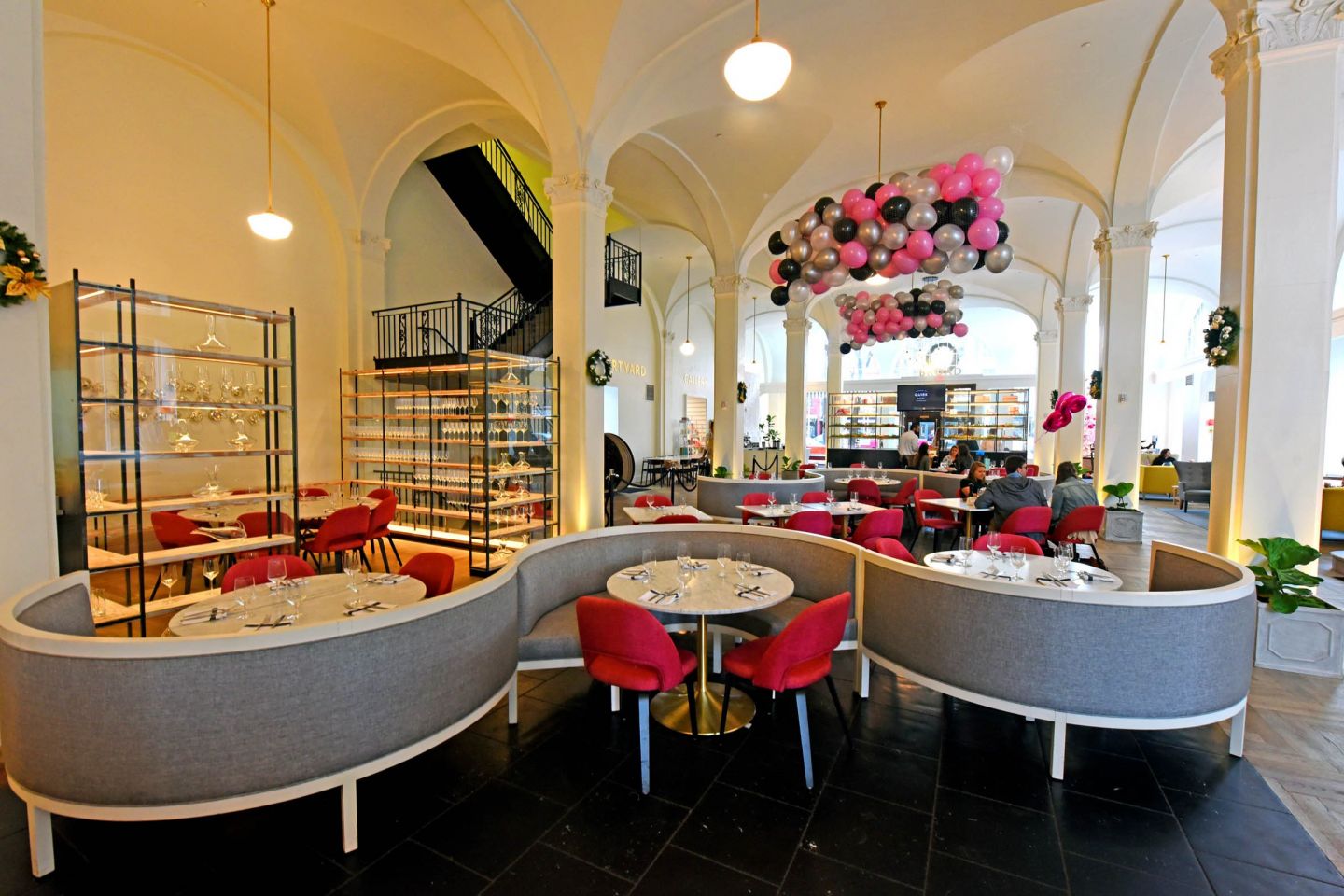 Richmond’s arts district was an eyesore of crumbling infrastructure and panhandling vagabonds when Ted and Katie Ukrop opened their Broad Street concept shop and art exhibition space, Quirk Gallery, in 2005. More than ten years later, the neighborhood has become ground zero for the city’s creative movement, with recording studios, Southern-style gastropubs, indie-label fashion boutiques, and now, the Quirk Hotel. Inside the facade of the erstwhile 1916 J.B. Mosby & Co. department store, restored by architecture firm 3north, the 74 rooms enunciate the building’s past as well as local talent with original pine floors and bed frames crafted from repurposed 100-year-old wood joists, offset by pink resin ice buckets. Poesis Design was behind the interiors, including the lobby and its soaring segmental arches and a groin vault ceiling that house artworks like Chris Milk’s life-size tin men cyclists and a massive instillation by Susie Granch called “Pile,” an assemblage of upcycled coffee cup lids—lipstick prints and all—from nearby cafés. Chef David Dunlap’s restaurant, Maple & Pine, buzzes at night with locals sipping cocktails and sampling his farm-to-table dishes. The connection to the Richmond art scene remains as strong as ever, with installations rotating through the attached gallery, and an artists-in-residence program fills the studio around the corner with six-month residencies. Before each one is over, a new piece is added to the permanent collection. 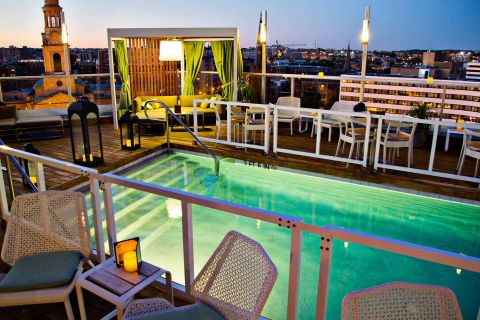 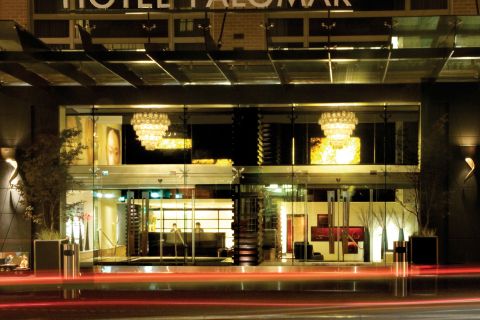